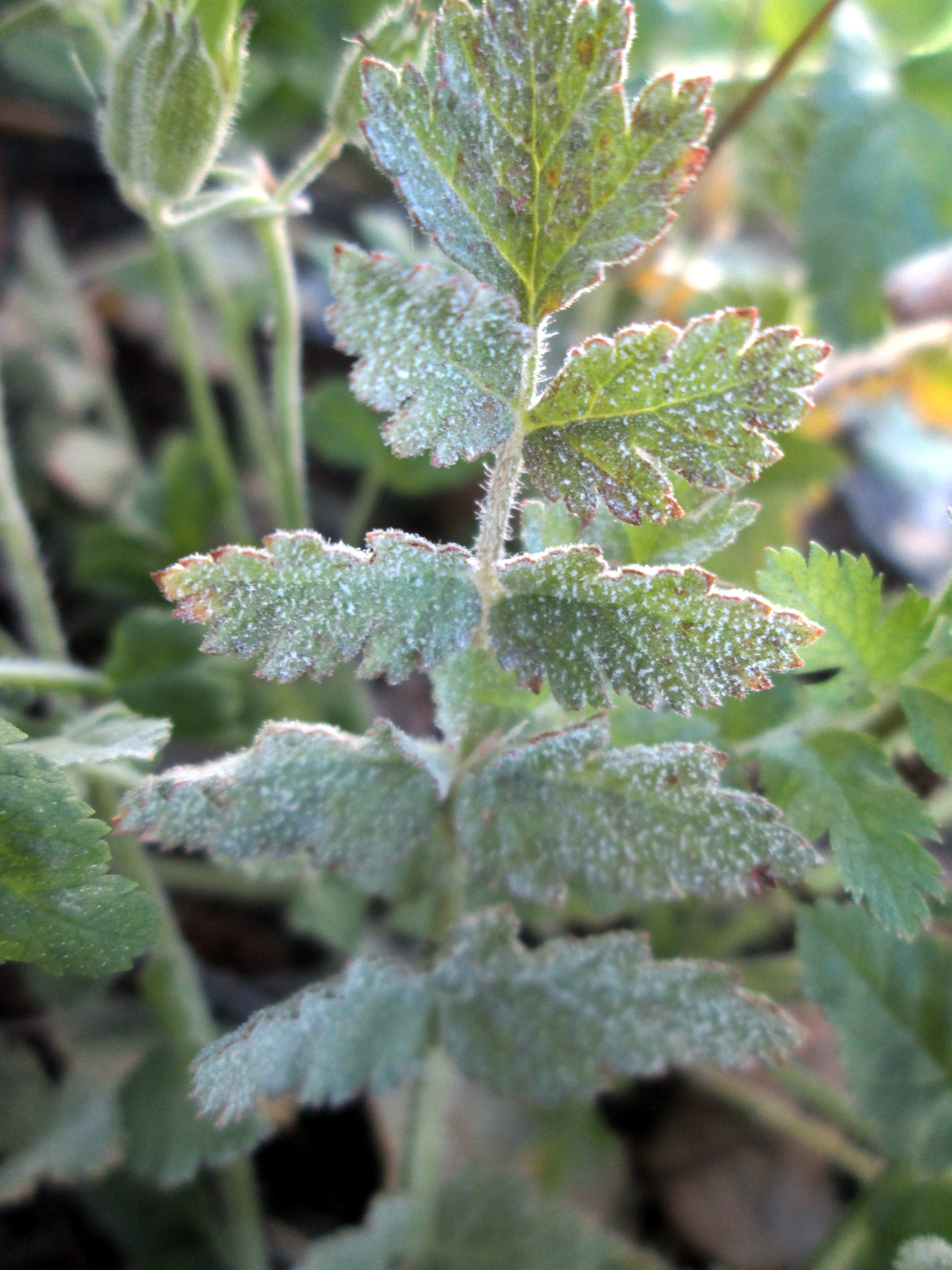 Weed diseases: weeds and other wild plants get diseases, but they are often underreported because they are not tied to an economic crop.

I was walking around my neighborhood in Davis, CA one day when I noticed a strange looking weed on the ground that had powdery mildew on it’s surface. Powdery mildews are a group of biotrophic fungi that I had studied for my master’s degree. They are often times host specific, and do not regularly kill their host, but rather sap nutrients and water from the epidermal cells. Because powdery mildews are so host specific, and because diseases of weeds are often underreported, I was interested in seeing whether this was a new interaction for California.

After running home and grabbing some nitrile gloves and ziplock bags, I collected some samples and headed off for work. I had a close working relationship with Dr. Doug Gubler’s lab because I did my master’s degree there, so I was able to use their compound microscope to look at the conidia at a higher magnification. 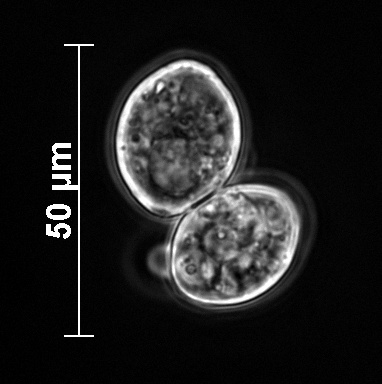 The conidia of the powdery mildew had some distinct fibrosin bodies (the shiny bits inside the cells) which are kind of diagnostic for species of Podosphaera. The conidia looked like they were forming in chains, and the shape of the appressoria (how the fungus accesses plant nutrients in the epidermis) looked nipple-shaped. All of these morphological lines of evidence suggested that the fungus was in the genus Podosphaera.

We wanted to take measurements of different microscopic portions of the fungus to compare with those of described species, so we measured the length of the conidiophore as well as the length and width of the conidia themselves. 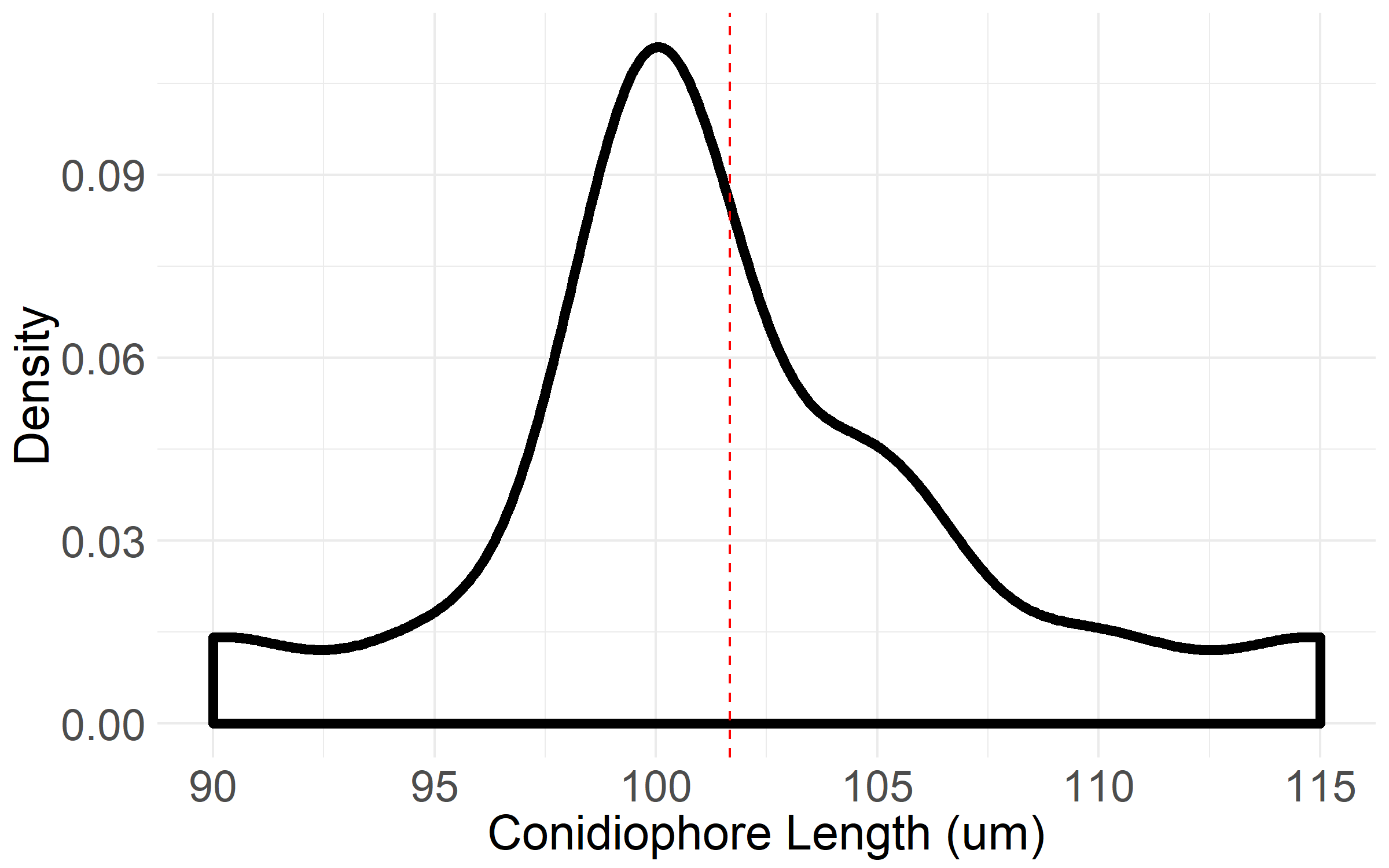 The conidiophore lengths were typical for Podosphaera spp., and the length to width ratio were as well. 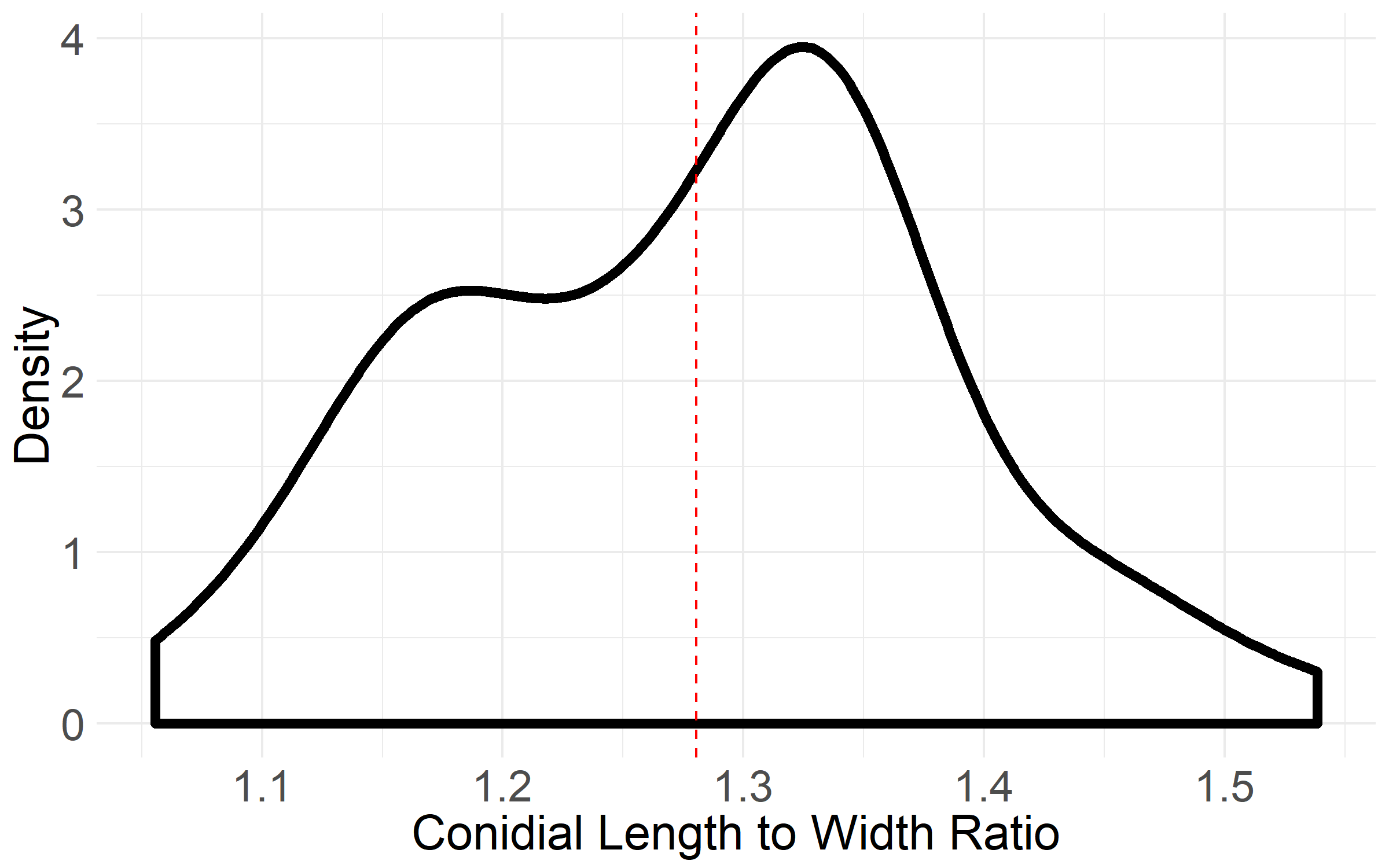 We wanted to know how our isolate was phylogenetically related to other isolates within the genus Podosphaera. This might help us narrow down which species the isolate belongs to, as well as provides the scientific community more broadly a record for the isolate that we had collected. We isolated DNA and amplified for parts of the internal transcribed spacer (ITS) region, a highly variable region flanked by stable sequences, allowing for relatively high-resolution phylogenetic identification of isolates of fungi. We compared our isolates to those of other Podosphaera species, and found that our isolate was identical to a sequence for a supposed Podosphaera xanthii that was collected from papaya in asia. 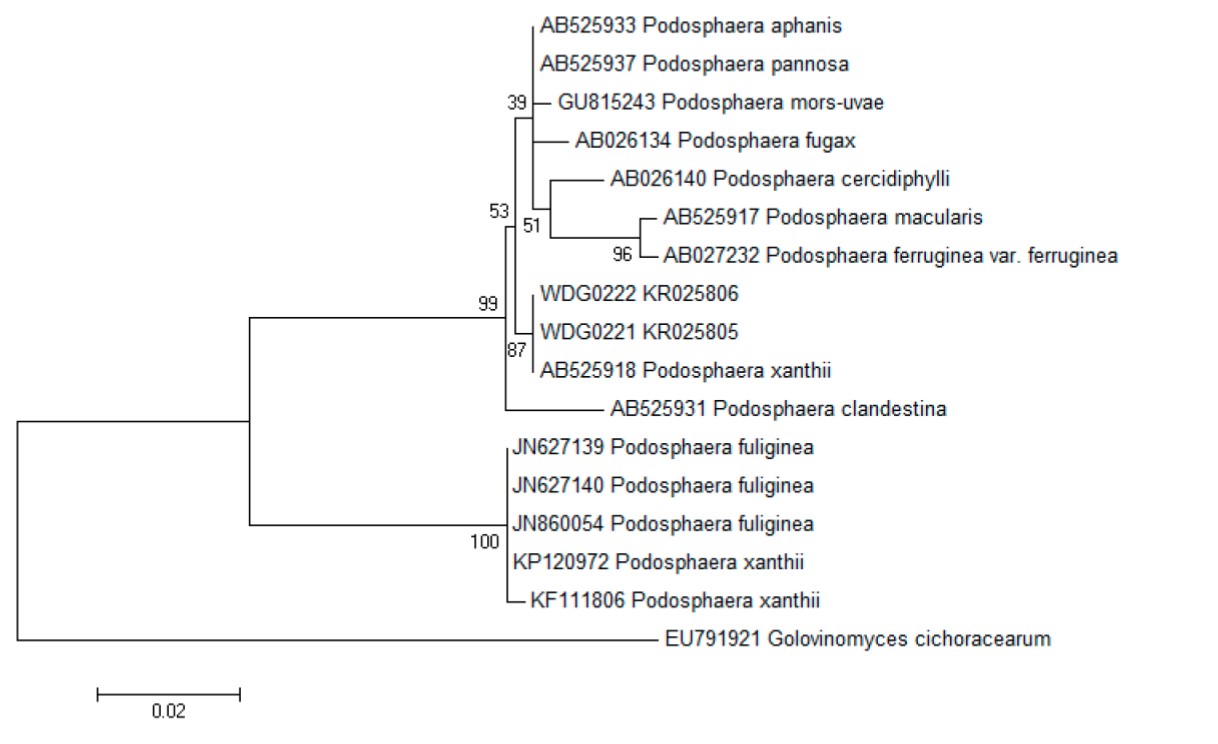 A Case of Mistaken Identity?

However, when we compare the P. xanthii that most closely matched with our Podosphaera isolate, we found that the isolate was not monophyletically grouped with other P. xanthii isolates. This could have occurred if the original identification was incorrect or if the samples or sequences got mixed up while in submission. Both of these things happen more often than I think most scientists would care to admit. Comparing the morphology of our isolate with others in the Taxonomic Manual of the Erysiphales (Powdery Mildews), we found that our isolate most closely resembled Podosphaera erodii, which had been reported in Europe.

Because powdery mildew isolates are biotrophic, the only way to conclusively define our isolate as Podosphaera erodii would be to go to the collections in Europe and examine them. That was far out of the budget that the project had (a whopping $0), so without a complementary confirming sequence, we had to define our species as Podosphaera cf. erodii, the ‘cf.’ referring to contrasting our isolate with a known isolate where there is uncertainty in taxonomy.

Describing the diversity of life is critical to understanding what we face to lose in the case of extreme habitat loss and climate change. Oftentimes, the death of a single species is not a single death, but rather a cascading event that affects all of the species that rely on that extinct group. Pathogens and parasites are thought to be some of the the largest groups of life, with each species having multiple host-specific pathogens and parasites. As we lose diversity, these groups that may have been useful for biocontrol of weeds or for pharmological purposes are lost as well, and we need to consider how this may have cascading effects throughout the landscape.