Spatiotemporal patterns in the airborne dispersal of spinach downy mildew 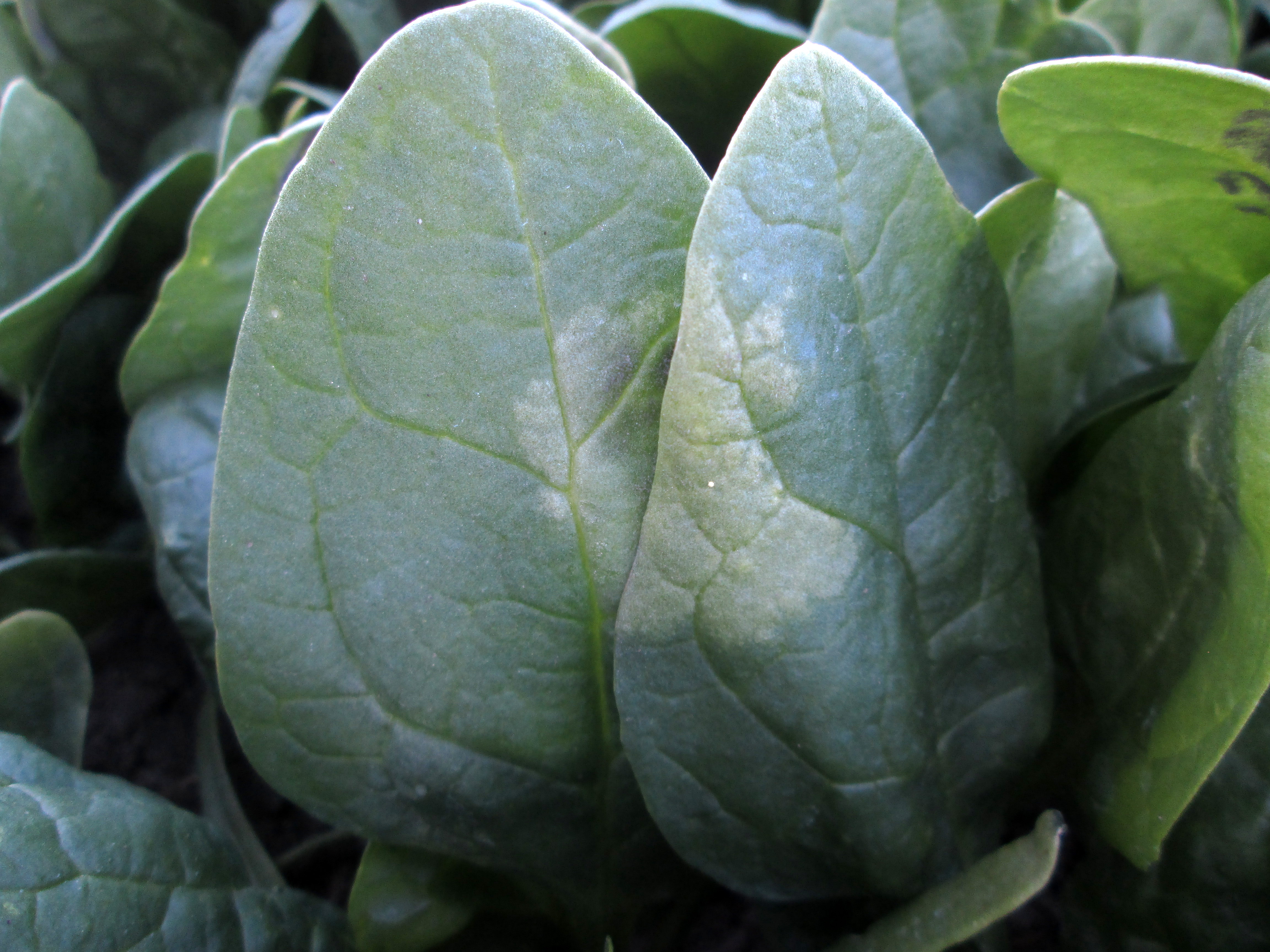 Downy mildew is the most devastating disease threatening sustainable spinach production, particularly in the organic sector. The disease is caused by the biotrophic oomycete pathogen Peronospora effusa, and the disease results in yellow lesions that render the crop unmarketable. In this study, the levels of DNA from airborne spores of P. effusa were assessed near a field of susceptible plants in Salinas, CA during the winter months of 2013-14 and 2014-15 using rotating-arm impaction spore-trap samplers that were assessed with a species-specific quantitative polymerase chain reaction (qPCR) assay. Low levels of P. effusa DNA were detectable from December through February in both winters but increased during January in both years, in correlation with observed disease incidence; sharp peaks in P. effusa DNA detection were associated with the onset of disease incidence. The incidence of downy mildew in the susceptible field displayed logistic-like dynamics but with considerable interseason variation. Analysis of the area under the disease progress curves suggested that the 2013-14 epidemic was significantly more severe than the 2014-15 epidemic. Spatial analyses indicated that disease incidence was dependent within an average range of 5.6 m, approximately equivalent to the width of three planted beds in a typical production field. The spatial distribution of spores captured during an active epidemic most closely fit a power-law distribution but could also be fit with an exponential distribution. These studies revealed two important results in the epidemiology of spinach downy mildew in California. First, they demonstrated the potential of impaction spore-trap samplers linked with a qPCR assay for indicating periods of high disease risk, as well as the detection of long-distance dispersal of P. effusa spores. Second, at the scale of individual crops, a high degree of spatial aggregation in disease incidence was revealed.